That’s why Coles has an Australian First Sourcing Policy. In fact, all our bananas, apples, tomatoes, carrots and many more fruit and veg are 100% Aussie, 100% of the time.

As an Australian company, we love supporting other Australian businesses. To do this, we pride ourselves on having an Australian First Sourcing Policy, which means we source fruit and veg from Aussie Farms First.

In fact, 96% of our fresh produce is Australian sourced*. For the small percentage of fruit and veg that does have to be imported, it's due to the following reasons:

We do all this because we think we’re lucky enough to produce some of the best food in the world! And it’s good to know whenever you visit your local Coles, you’re supporting local growers from around the country.

Open on farmer who is walking through his vegetable garden, holding a head of broccoli.

Cut to close up shot of Curtis biting into a fresh green apple, with a farmer standing next to him.

Cut to shot of Curtis in a restaurant kitchen talking to the viewer, with a selection of coloured fruit and vegetables in the background.

Cut to shot of Curtis kneeling down with a farmer amongst the fruit and vegetable crop, trying some produce.

Cut to overhead shot of a tractor driving through a green crop.

Cut to shot of farmer picking from produce from the trees.

Cut to shot of two farmers walking through the middle of their growing green crops.

Cut to close up shot of a hand picking a red apple from its tree.

Cut to shot of a farmer collecting a large bunch of carrots from the crop.

Cut to close up of a farmer’s hand sifting through the picked red apples.

Cut to close up of Curtis in the restaurant kitchen, speaking to the viewer.

Cut to overhead shot of farmers working on their rows of fresh produce crops.

Cut to close up of a sliced up pear.

Curtis VO: Which is why at Coles, we pick all our fresh fruit and veggies from Aussie farms first.

Cut to close up of Curtis in the restaurant kitchen again.

Cut to show of Curtis and a farmer walking through a crop which is more dry and natural in colour.

Cut to shot of a farmer standing in front of his green crop, smiling as he holds a pumpkin.

Cut to panning shot which looks over rows of green fruit and vegetable crops.

Cut to shot of hands digging through some soil, exposing growing potatoes.

Cut to close up shot of a farmer smiling at the camera.

Cut to shot of tongs placing some assorted roasted vegetables into a bowl.

Cut to close up of potato bake being served from its dish.

Cut to close up of carrots and onions sitting in a dish, whilst being glazed with honey.

Cut to close up of sliced roast pumpkin in a dish.

Cut to shot of Curtis picking an apple from its tree.

Cut to shot of Curtis in the restaurant kitchen, speaking to the viewer.

How to make mini citrus tarts

Make the most of sweet citrus in these delicious mini tarts. They’re the perfect end to any meal.

Mini citrus tarts. First up, make the pastry. Place the flour, icing sugar and butter in a food processor. Process until the mixture looks like fine breadcrumbs. Then add the egg yolk and water. Process again until the dough just comes together. Turn the dough onto a lightly floured surface and knead until it is smooth. Shape into a disc, cover with plastic wrap, then pop in the fridge and rest for 30 minutes.

To make the lemon filling, whisk the eggs in a medium bowl. Add the cream, sugar, lemon rind and lemon juice. Whisk until well combined. Cover with plastic wrap and chill for an hour. Divide the pastry into even portions. Roll out each portion on a lightly floured surface until about 3mm thick. Carefully line the tart tins with the pastry, and, with a sharp knife, trim off any excess pastry. Place the tarts on an oven tray and place in the fridge to rest for 30 minutes.

Preheat the oven to 200 degrees. Line the tarts with scrunched pieces of baking paper. Scrunching the paper helps it reach the edges of the tarts. Fill with baking weights or rice. Bake for 10 minutes. Remove the paper and weights and bake for another 8 minutes. This is what we call blind baking.

Reduce the oven temperature to 150 degrees. Strain the lemon filling through a fine sieve into a large jug. Carefully pour the filling into each pastry case. Bake for 25-30 minutes, or until the filling is just set. Stand to cool slightly, then place in the fridge to chill. To make the candied lemon, combine the sugar and a cup of water in a small frying pan over a medium-low heat, stirring until the sugar dissolves. Add the lemon slices. Cook, turning occasionally, for 30 minutes, or until the rind is translucent.

Transfer the slices to a tray lined with baking paper. Set aside to cool. To make the meringue, use an electric mixer to whisk the egg whites in a small bowl until firm peaks form. Gradually whisk in the sugar, about a tablespoon at a time. Keep whisking until all the sugar is dissolved. Dab tarts with paper towel to remove any moisture. Use spoons dipped in warm water to stop the meringue sticking to the spoon and spread a little meringue over each tart. Using a kitchen blowtorch, toast the meringue, or place under a grill for a couple of minutes.

Top with candied lemons to serve. You can replace the lemon with any citrus fruit you have on hand, such as ruby grapefruit, lime, mandarin or orange. 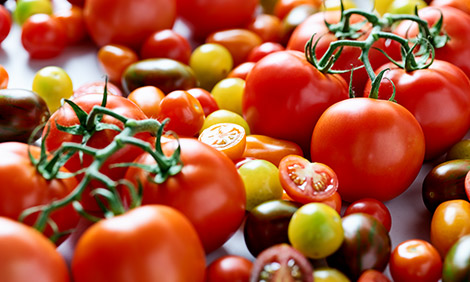 Learn more about our other growers and suppliers 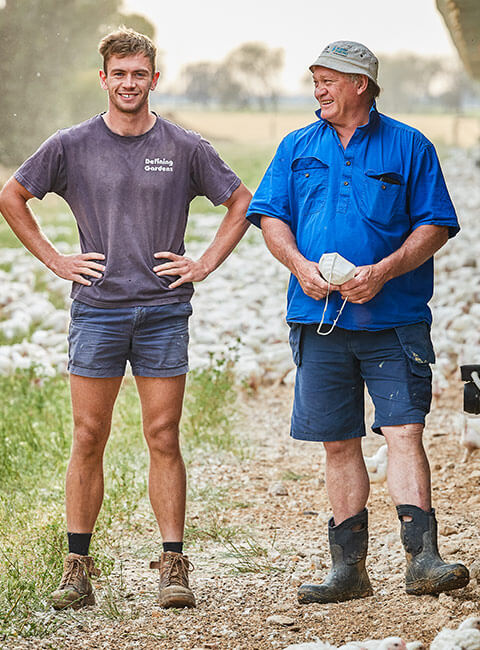 Working with the RSPCA, we offer a range of humanely farmed chickens, grown on farms that must meet strict animal welfare standards and provide an enriched environment for chickens to grow. We’ve worked with our farmers and suppliers to ensure all of our Coles Own Brand fresh pork is sow stall-free and free from artificial growth promotants. 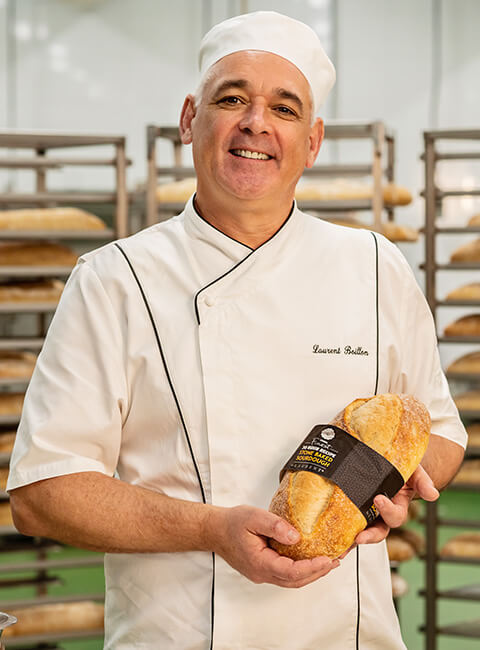 Right across the store, from seafood in the deli to frozen fish in the freezers, all of our Coles Own Brand seafood is responsibly sourced – so whatever you buy, you’ll always know you’re making a better choice for our oceans.