Together to Zero Hunger

We’re working together with charities and our partners towards zero hunger. This encompasses our commitment to donate unsold, edible food from our supermarkets and distribution centres to food rescue organisations, and the support we provide in times of need, including funds and food as part of disaster relief. Read more about our long-standing partnerships. 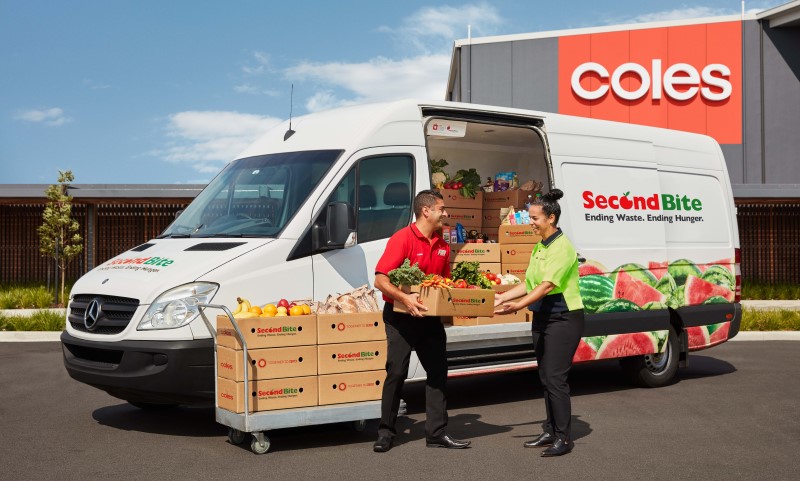 As a food retailer, we love food and do not want it to go to waste. Every Coles supermarket and distribution centre is connected with a food waste solution, something we first achieved at the end of FY19. Our first choice for unsold, edible food is to donate it to food rescue organisations such as SecondBite and Foodbank. Following that, we have other food waste solutions including donations to farmers and animal or wildlife services, organics collections and in-store food waste disposal equipment.

Since 2011, we have partnered with food rescue organisation SecondBite which collects unsold, edible food either directly from our supermarkets or organises for local charities to collect it on its behalf. In addition to collecting and redistributing food from our stores, SecondBite also collects food from our fresh and chilled distribution centres.

Since the partnership began, we’ve donated the equivalent of more than 180 million meals to help feed people in need.

We have also been working with Foodbank since 2003. The food we provide Foodbank supports approximately 2,400 agencies and community groups. Foodbank collects from our grocery distribution centres across Australia.

This winter, Coles customers can help support Aussies in need by purchasing a $2 donation card at the supermarket checkout until Tuesday, 5 July.

Make the most of your ingredients and reduce your food waste with these delicious recipes and handy tips.