This salad is packed with the goodness of grains and vegetables. Topped with fetta and pomegranate, it’s a flavourful side. 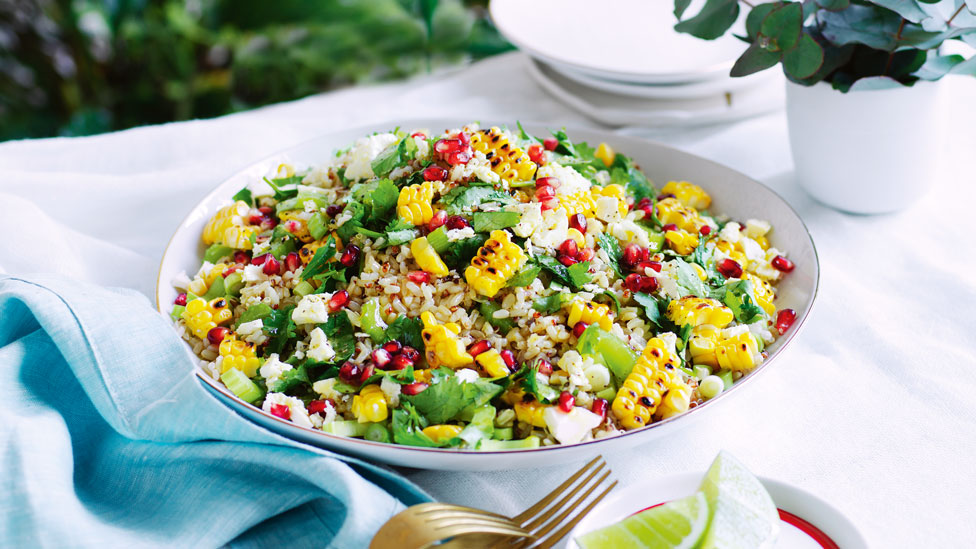 Heat rice mixture in microwave following packet directions or until heated through. Transfer to a bowl. Set aside, stirring occasionally, until cool.

Meanwhile, heat a barbecue grill or chargrill on medium. Cook the corn, turning occasionally, for 10-12 mins or until tender and slightly charred. Set aside to cool slightly. Use a serrated knife to cut down the side of the corn to release the kernels. Add to the rice mixture with the celery and spring onion.

Drizzle the rice mixture with the lime juice and oil. Season. Add the coriander. Toss to combine. Transfer to a large serving bowl. Sprinkle with the fetta and pomegranate seeds.

Pomegranate prep: to remove the seeds from pomegranate, cut in half. Then, gently tap the back of each half with a wooden spoon over a bowl to catch the seeds.